Free download. Book file PDF easily for everyone and every device. You can download and read online Skiphounds file PDF Book only if you are registered here. And also you can download or read online all Book PDF file that related with Skiphounds book. Happy reading Skiphounds Bookeveryone. Download file Free Book PDF Skiphounds at Complete PDF Library. This Book have some digital formats such us :paperbook, ebook, kindle, epub, fb2 and another formats. Here is The CompletePDF Book Library. It's free to register here to get Book file PDF Skiphounds Pocket Guide.


However, it is held that the Ham should not be responsible if the problem is coming as a result of non existent filtering on the neighbouring device, or poor design. The manufacturers have been told this and that they are responsible for poor design and making it that way to save money. Gray market electronics are bad that way, since their North American offices know better now End up with a product with no NA warranty, and often sub standard or no compliance with electrical codes. Like the LS project, as long as people try to profit off of others and do so by shortchanging the processes it will happen.

From getting the waiver in the first place to changing tactics to bully it through regardless, it will happen. That part has to be stopped The very first RF amplifier, AKA "front end" stage of a receiver is designed with a certain amount of gain amplification in mind based upon the strength of the desired signal and the signal to noise ratio needed to keep the signal intelligible.

The sensitivity of a receiver is in no small part a function of the very first RF stage that grabs the signal from the receiver's antenna and amplifies it. At a distance, any radio signal is surprisingly weak, and it's quite the miracle that receivers can be designed to take those weak signals and do something with them. In the case of a GPS receiver, the signals being received are relative to other signals VERY weak, coming from a very low power device half a bazillion miles up there, and with an antenna that has to cover a few degrees of arc and spread its signal around a fair bit of turf, making the result in any one spot on the ground weaker still.

A subsequent stage takes the amplified signal and tries to pick out a particular center frequency from the million different signals that are being received. If the first stage or this stage is being overloaded due to a signal that is far more powerful than the receiver was designed to manage, things can go badly here, even before we reach other stages. Some of the very strong adjacent channel signal will push its way through, and the result will be distorted to boot.

In a radio designed to pick up audio, it will just sound lousy. On a GPS receiver, you'll get an unintelligible data signal that can't be used to figure out what satellite is talking, much less compute a position. Apart from ANY filtering that might or might not be employed downstream, it is possible to simply overload the front end of a receiver to the point where any signal will be distorted beyond use. Using sharper filters really doesn't respond to the problem.


Given the spectrum involved, there would always be a problem if you get close enough to a LS facility. The working group showed that under the original plan, "close" wasn't very close at all, and was measured in miles.

Attempting to improve on this would have been only to try to reduce by some amount the distance at which the LS equipment was interfering with the GPS signals, not to eliminate the problem. There's no such animal as an RF filter that has 90 degree slope square sides - the perfect bandpass filter. There's always some slope on the sides. To avoid attenuating desirable signals on frequencies that are toward the edge of the band, a certain amount of signal from outside of the band is allowed in as well.

The problem occurs when the undesirable signal is orders of magnitude stronger than the signal you want to keep. A little safe spacing a 'guardband' had been established long ago in the frequency allocations, and everyone designed equipment accordingly. When the FCC decided to let LS deviate from previously approved use of that bit of spectrum in the way that LS asked, the FCC could and should have known the results would not be pretty.

They knew full well the kind of gear that was being used out here in the real world, and ought to have anticipated the results. Either they're technically incompetent and did not anticipate this, or they're a bunch of goofs who sold out an entire industry to promote an agenda. So the leadership of the FCC either winds up looking like a bunch of idiots, or a bunch of idealogues. Take your pick. Neither is acceptable.

That is the way I understood things were done to prevent broadcasters from walking all over each other. You also couldn't have a GPS manufacturers didn't have a crystal ball. They just assumed the allocated band wouldn't be encroached upon. Why build a tank for an environment that is supposed to be safe for bicycles?

The Dish proposal is to use satellite frequencies for non-satellite communications. In a weird way, this might move the battle over to the correct topic -- intended use of frequencies, rather than "interference". Googles project to open up the White Space frequencies locally unused TV channels seems to be proceeding as well That is the so called 'WiFI on Steroids' project.

Verizon seems to have outbid them on the frequencies, but Google was mostly promoting the solution, not wanting to be the provider. At least it doesn't seem to threaten much of anything except active TV stations and that has been addressed in the project docs I'm wondering just how much market there is for all this bandwidth, since there is only so much the mobile users will carry in terms of hardware Since the US is gearing up for yet another election campaign, perhaps it's time to make it campaign issue, Not the internet, but the state of the FCC.

Still not seeing much on the international aspects of these projects.


Some of it will spill over into other countries that probably strongly disagree with threats to satellite frequencies of any sort. Has Lightsquared et al made it to the ITU table yet? Anyone seen anything about the 'mini cube cell site' boxes that hit the news not to long back? I lost track of that one Expert Advice: Who Won? I think that second article you linked is probably what was really going on. Fake a crazy frontal attack with something expendable and during the distraction, make a flank move to secure the real goal. That tactic has be used a few times before.

Don't forget, soccer moms vote. How many driving gpsrs are on the road? When soccer moms can't find directions to the next match, they'll write their congressmen. Congressmen may love big money, but they are deathly scared of soccer moms. I bet the majority of people who use navigation systems in their cars don't even know they are using a GPS, and wouldn't understand any of this discussion if you told them.

Okay Einstein, how are you supposed to start a formal letter. They may not be able to follow this discussion, but when their GPSrs stop working they'll know how to complain. There could be a way for them to achieve the project by 'partnering' and using their resources to provide the downlinks to the remote stations for connecting on some other band altogether I see that here in Canada, the end of analog TV is tomorrow in larger centres Some of those providers will need a data link soon I think.

As I said that is heading to completion in the States as well I read this quote on the Washington Post website, and I thought it was just a breathtaking example of how the FCC appears to be divorced from reality, and seems somehow to be trying to put a positive spin on what must be a complete debacle for them unless, and more worryingly, if they really believe this.

Good to know that your tax dollars are being so wisely spent - to help LightSquared and the GPS industry understand the issues. I was just coming to post these! Maybe the Solyndra debacle will have an upside in preventing the Lightsquared debacle. The outfit that really got burned on this deal was Sprint - not that their management was probably paying attention, as usual - when Sprint inked that 15 year deal with LightSquared in late July for build-out that depends upon LS spectrum availability.

Anybody know about the international implications of this system? Will this disrupt the Canadians and Mexicans?

Germans and Chinese? Well, they claim they fond a fix: link. 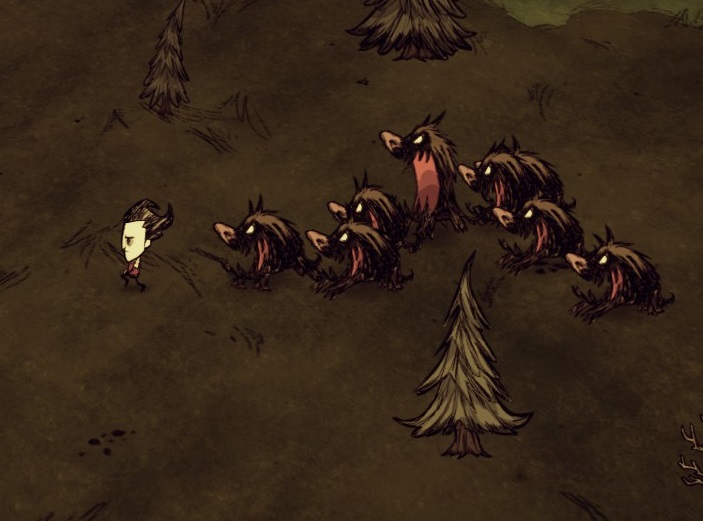 The way I read the Reuters article the only affected units would now be "high precision" ones Trimbles etc. So the only surveyors, farmers, and the military. Still, who owns the spectrum? Otherwise, its a taking. Just happened to have the Sean Hannity show Fox on right now.